So, you are at school, hospital, airport, or having your launch at a restaurant. You pull out your smartphone or laptop and connect to the public WiFi hotspot. Nothing like free Internet right? Well, you have to remember that there is a certain element of risk involved whenever you are using a public WiFi hotspot due to weak or non-existing encryption. What are the most common threats of public Wi-Fi? And, more importantly, what can you do to keep yourself, and your private data, safe and secure while you are connected to a public Wi-Fi hotspot? Let’s find out.

The 5 Most Dangerous Public WiFi Threats

Hackers regularly target public WiFi hotspots. One reason behind this is that some of these free hotspots are not encrypted i.e. anyone can use them at anytime. While the fact there are free is tempting, it leaves them especially vulnerable when compared to a WiFi network that use WPA, WPA2, or even WEP. Keep in mind that even if the public WiFi network you are using is encrypted, you are still under the risk of the threats below. The same applies if you are using an Ethernet cable i.e. using a wired Internet connection. So, let’s take a look at the most common public WiFi hacking techniques.

At number one, we have Man-in-the-middle attacks, aka MITM. In simple terms, the hacker intercepts the connection between you and the website you are trying to access. He/she then sends you to a fake site instead. There, the hacker collects all the sensitive data you type in. While such attacks seem far-fetched, there are more common than you think.

In this case, the hacker sets up a fake or ‘rogue’ WiFi network that looks exactly like your school’s or college’s public WiFi hotspot. Some smartphones even automatically connect to these free Wifi hotspots. So while your Android or iOS is in your pocket, a hacker can potentially get access and steal all your private information. Make sure you set the ability to connect to free public WiFi off on your phone.

How to Stay Safe When Using Public Wi-Fi? VPN

Using your mobile 3g/4G Internet connection might seem like a safer, more secure, option when compared to public WiFi. However, mobile Internet connection can be extremely costly, especially if you are traveling abroad and are using the roaming option. There’s also a limit on the bandwidth you can use to download all your necessary files or check your emails.

Instead, use VPN to protect your browsing and sensitive data while you are using a public WiFi hotspot. Virtual private network are easy to setup on PC, Mac, iPhone, iPad, or Android, basically any device you might use while in a public place.

VPN uses OpenVPN, IPSec, L2TP, or PPTP encryption to secure all your data. The private tunnel your Internet traffic is sent through while you are connected to a VPN server cannot be penetrated by hackers. This even applies when you are using a public WiFi Hotspot.

How Does VPN Work?

VPN protects you against WiFi eavesdropping, packet sniffing, as well as MITM attacks. Do not use free VPN services as they do not provide the required level of encryption. If you value your privacy and want to secure all your data while using a public WiFi hotspot, use ExpressVPN.  You can also use any of the top VPN services below for an extra layer of privacy and security.

According to Mike DeHine, Ohio’s General Attorney: ‘typing in passwords, credit card numbers, or other personal information while using free public Wi-Fi could be hazardous to your privacy and wallet’. Due to life’s necessities, one might find him or herself forced to use public WiFi hotspots to send some emails to their office or complete an online banking transaction. Thus, never connect to a public WiFi hotspot without using VPN. Otherwise, you can compromise both your privacy and security. 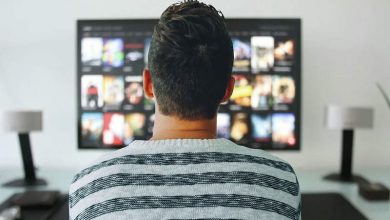 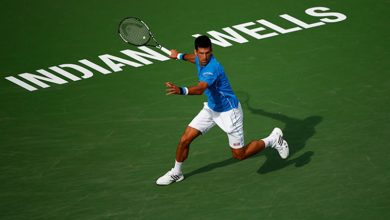 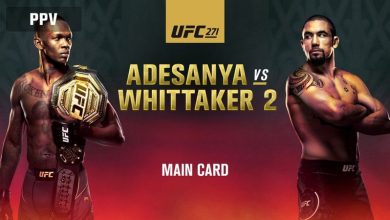 How to Watch UFC 271: Adesanya vs. Whittaker 2 Live Online