They say the “Third Time’s a Charm.” But when it comes to boxing, the third time definitely a treat, especially when Wilder vs. Fury reaches “Trilogy” status.

On October 9th, 2021, Tyson Fury will take on Deonte Wilder for the WBC and The Ring heavyweight titles.

The match will take place at the T-Mobile Arena in Paradise, Nevada and we have all the information you need to stream it live online.

The World Heavyweight fight is right around the corner, so we won’t keep you waiting. Just follow these simple steps and you’ll be able to stream Fury vs Wilder III live anywhere in the world:

The Once and For All Fight – Full Walkthrough

You now know how you can unblock the channels broadcasting the fight and how to watch it online. But there’s a lot of information you should check in the following in-depth guide.

Below, we’ll shed more light on the requirements you need, the geo-blocking problem you’ll face, and how you can stream the fight on any device you’re operating.

To watch Fury vs. Wilder 3 live in your region, you need to have all of the following:

The highly anticipated third bout between Tyson Fury and Deontay Wilder will definitely be epic. Everyone around the world is waiting for the fight to happen.

In fact, back in February 2020 when Fury battered Wilder to a seventh-round TKO at the MGM Grand Garden Arena in Las Vegas, more than 1.2 million pay-per-view buys were generated in the United States.

However, when it comes to streaming, the fight is available on a global scale, not just in the US. You can find the full list of broadcasters below:

The channels above are the official broadcasters of the event. However, as seen in the prior bout, there’s a lot more to be added once an official announcement is made.

Now, each channel provides Wilder vs. Fury 3 in a certain way. Some offer it as part of their subscription, others as PPV, and some for free.

For example, if you wish to watch the fight on Fox Sports or ESPN+, you’ll have to buy the fight on its own (PPV).

If you’re aiming for free streaming, DMax is your best option. The last fight was also featured on the Dutch channel Kijk for free, but it’s uncertain that it’s returning this time around.

Despite having several broadcasting channels with different ways to stream the fight, all of these services have one thing in common – they apply geo-blocking.

Each channel allows users residing in its respective country to access its content. It can determine your actual location by examining your IP address.

If you’re not within its area of coverage, you’ll be instantly blocked. For example, ESPN+ is only available in the US. To watch the channel, you must have a US IP address.

If you live abroad, that’s exactly what you lack, which results in an error message that looks exactly like this:

“ESPN+ is not available in your country due to content rights issues.”

Your location can dictate what you get to access online. We already gave you the solution in the steps above, but we had to showcase the problem for you to get a better idea of what geo-blocking is.

What A VPN Does!

A Virtual Private Network is an online tool that helps enhance your security and anonymize your internet browsing.

Once you connect to a VPN server, the provider reroutes your data through a private tunnel, encrypting it in the process.

With such extra-security, you can connect to public Wi-Fi networks in cafes, restaurants, or airports without having to worry about anyone intercepting your sensitive information.

Moreover, a VPN hides your IP address and replaces it with a temporary one in the country where the server is located.

For instance, if the server is in the US, you’ll receive an American IP address. As a result, you’ll be able to watch the likes of ESPN+, Fox Sports, and any other US-based channel no matter where you are.

Getting a VPN is easy as there are hundreds of these cybersecurity tools out there. However, getting a VPN that actually guarantees good quality is quite a hassle.

We’ve tested and reviewed several services using a strict evaluation process. After checking their speed, server network, and security, we found that ExpressVPN is the best in the industry.

With more than 160 server locations, you’re guaranteed to unblock as many channels as you want with a push of a button.

Now, despite being a top VPN, our tests also showed that 3 more providers showed excellent results. You can see them in the table below.

Watch Fury vs. Wilder III on Any Device Anywhere

At this point, you should have gotten yourself a VPN subscription and purchased the Wilder vs. Fury fight. Now, all that’s left is to teach you how to stream it on your device:

To watch the fight on your PC or Mac, you should first download and install the VPN app on the desktop device.

Once installed, log in and connect to a server where your selected channel is available.

Finally, head over to the channel’s website on October 9th, 2021, and watch Fury vs. Wilder wherever you are.

When it comes to streaming, Apple TV is one of the most popular platforms to use. However, the device itself does not support VPNs, which is why you have to install the VPN on your router.

Launch the channel, sign in if needed, and start streaming the epic bout.

Some users like to watch their content on their Android or iOS devices, which is pretty convenient, considering VPNs offer dedicated clients on mobiles.

All you have to do is get the VPN app from your native app store and connect to the right server (Based on your channel’s country).

Smart TVs are the perfect example of streaming hubs. So, if you own a Samsung or an LG Smart TV, your first step should be installing the VPN on your router.

Next, get the channel’s app from your native app store. If you can’t find it, change your Store’s country to that of the channel itself.

Now, launch the channel’s app and watch The Once and For All fight wherever you may be.

Gaming consoles are almost in every household. Nowadays, these devices are used as streaming platforms as they host dozens of channels.

To watch the fight, you must first install the VPN on your router. Next, get the channel’s app and sign in. If the app is not found, a region change is required.

Watching the fight on FireStick is very easy as it supports VPN clients. All you have to do in this case is download the VPN on the device and connect to the right server.

Once connected, get the channel’s app and install it. You might need to change your Amazon Account’s region.

If you don’t want that, you can sideload the channel’s app directly to your device. Finally, launch the app and start streaming.

Do you want to know more about the fight and how to watch it live anywhere? Then check out this FAQ section, it’ll shed more light on the matter.

When is Fury vs. Wilder III Happening?

The fight between Tyson Fury vs. Deontay Wilder is set to take place on October 9th, 2021.

Where is the Fight Taking Place?

The epic third bout will take place at the  T-Mobile Arena in Paradise, Nevada.

Can I Watch Fury vs. Wilder III for Free?

Yes, you can stream the fight for free. However, you can do so without resorting to third-party websites – we don’t advise you to use those.

They offer low-quality videos, might be hosted by hackers, and most importantly, they’re illegal.

If you want to stream the fight for free, connect your VPN to a Turkish server and stream it on DMax.

What other Fights are on the Card?

Aside from. the main event between Tyson Fury and Deontay Wilder, the following matches make up one fine Fight Card:

How Much is Fury vs. Wilder on Fox?

The last fight cost $79.99 on PPV, so we’re assuming this one would cost the same.

Can I Watch the Fight on Kodi?

Unfortunately, there are no official add-ons to use in order to stream fury vs. Wilder live.

Due to a contractual stipulation from his second bout with Wilder, Fury is forced into this match. Well, we couldn’t be more delighted.

Now you have everything you need to stream the fight online. If you have any questions, please leave your comment in the section below. 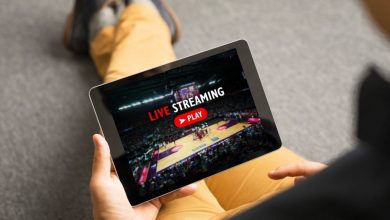 1 day ago
Back to top button
Close