Fasten your seatbelts racing fans; the new Formula 1 season is about to start. After last year’s championship went down to the wire in dramatic fashion, Everyone is eager to follow the 2023 Grand Prix events. And one thing is for sure; there will be plenty of streaming coverage.

However, all services can only broadcast F1 inside their respective regions, meaning they won’t be available if you’re abroad. To follow every race on your preferred channel from anywhere, you need the right VPN.

We compiled a list of the best VPNs to stream Formula 1 2023. Pick your favorite and start watching every event live online.

Don’t settle for a different channel and never miss a single race. Get a VPN and quench your need for speed.

In this article, you’ll find everything you need about the upcoming F1 season and how to watch it with a VPN. We also tried and tested several VPNs and put the best ones in one place. So give this guide a quick if you’re interested.

Attention F1 viewers! You must have the following to watch every Grand Prix:

2021 gave us one of tome dramatic finales in Formula 1 history. However, the 2022 F1 season was less dramatic. Here’s a recap:

And it’s that kind of drama that attracts broadcasters and viewers like us. Here are some of the channels where you can catch Formula 1 action:

Why Are F1 Channels Geo-Blocked?

Even though plenty of media platforms will cover this year’s Formula 1, each channel can only air it inside its respective region. Due to copyright and distribution agreements, these streaming services use geo-blocking technology to keep out overseas viewers. As a result, a location error message like the one below will appear on your screen:

“But how can they determine where I am?” you might wonder. The answer is your IP address. Each user has a distinctive IP that gives away their location. And streaming services deny your access when they see that your IP isn’t from inside their coverage area.

But you can avoid all the hassle with a premium VPN.

When you connect to a VPN server, your traffic goes through an encrypted tunnel and gets rerouted to a location of your choice. Also, you will get a new IP address, making it appear as if you were in a different country. And all of it happens at the touch/click of a button.

So let’s say that you want to watch the Bahrain Grand Prix on Kayo, but you’re outside Australia. What do you do? You simply connect to an Australian VPN server, sign in to your Kayo account, and press play. And it’s a similar process to watch it on Sky Go/Now TV, but instead of an Aussie server, use a UK server instead.

As a result, you can unblock every streaming platform from your target destination. An Australia IP address means you can access Binge, 7plus, 9Now, 10play, and more. Meanwhile, you’ll unblock BBC iPlayer, ITV Hub, and BT Sport with a UK IP.

And that’s not all you get. VPNs are packed with additional features that you will benefit from whenever you go online. That includes:

Streaming platforms have more than just geo-blocking at their disposal. They also deploy VPN detection technology to catch and block VPN IP addresses. Therefore, you still won’t be able to stream F1 from abroad if you’re using an unreliable provider.

We’re talking about the vast majority of free VPNs, which is why we never recommend them. Not a single one of them managed to give us reliable access to a Formula 1 broadcaster. The channel eventually picked up that we were using a VPN and kicked us out. Besides, even when they managed to unblock a particular service, the servers were slow and had a data cap.

Furthermore, free VPNs make money by collecting and selling your sensitive, they don’t use strong encryption, and some even contain malware. We advise you to stay away.

“We have detected that you are on a VPN.“

The VPNs we selected are all top-of-the-line and industry-leading providers. Our top choice was ExpressVPN, which offers fast servers in 94 countries, premium security and privacy, and excellent streaming support. All that comes with a 30-day money-back guarantee in case you’re dissatisfied.

Another solid pick is BulletVPN, which always registers perfect results in terms of streaming and speed, while Unlocator took the final podium spot.

Take a look at what’s in store for the upcoming F1 season.

Take a look at what our readers are asking about the 2023 Formula 1 season.

Can I watch Formula 1 for free?

F1 TV will stream every Grand Prix except in countries where it does not have copyright deals, like the UK, Australia, and so on. It costs $2.99/month or $26.99/year (prices may vary depending on your location).

On which devices can I install the F1 TV app?

The F1 TV app is available on Android, iOS, Amazon FireStick, Roku, and Chromecast. You can also access the website on your PC or Mac.

Why is the Russian Grand Prix suspended?

The FIA has terminated its contract with the Russian Grand Prix promoter following the war in Ukraine. Read the full statement here.

The 2023 Formula 1 Championship kicks off on 5 March with the Bahrain Grand Prix and concludes on 24 November with the Abu Dhabi Grand Prix.

The new Formula 1 season will soon be upon us, and all eyes are on fierce rivals Lewis Hamilton and defending champion Max Verstappen. The Mercedes driver has a chance to make history and overtake Michael Schumacher’s seven World Drivers’ Championship titles. Can Verstappen stop him?

If you’re abroad, the only way to find out is with a VPN. Subscribe to a premium provider, connect to your preferred VPN server, and fasten your seatbelts. 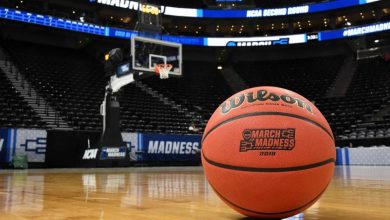 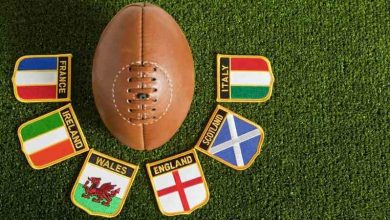 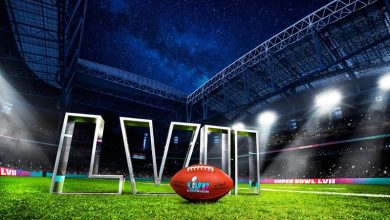 How to Watch The Super Bowl 2023 Live Online